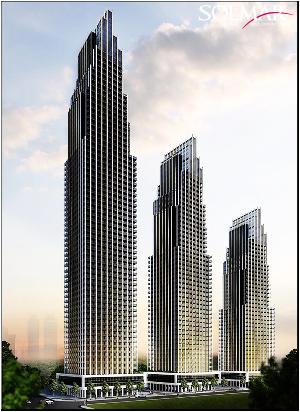 Please Register Below To Receive Brochure, Price List & Floor Plans. By registering below, you consent to your name being added to a mailing list for promotional materials such as receiving GTA-HOMES.COM’s newsletter containing information, updates, promotions and Platinum Access Events on all upcoming projects. We do not share your personal information with third parties. You can withdraw your consent at anytime.

Edge Towers Condos is located in Mississauga which is the sixth largest city in Canada situated by Hurontario Street and Elm Drive West in the downtown core.  A very multicultural city that is still growing where 52% of the population speak another language other than English.  This development site is located near Highway 403 and is located by the future proposed Hurontario LRT which is a light rail transit line that will extend from the Port Credit GO by Lakeshore Road East to the Brampton GO near Queen Street East.  "Metrolinx and the cities of Mississauga & Brampton are developing an efficient transit system, to build vibrant, safe, prosperous and connected communities."

Edge Towers Condos is also located close to schools, parks and restaurants such as the Bier Markt and Spring Rolls.  The Cooksville GO Station is also located not too far away.

Register with us today for your Platinum VIP Access to the Edge Towers Condominiums by Solmar Development Corp.!